Pictures, memories, memorabilia of specific interest to
the Class of 1962
Please see our Memories page for items of interest to a wider range of alumni.
Class Members: Your contributions to this page are needed! 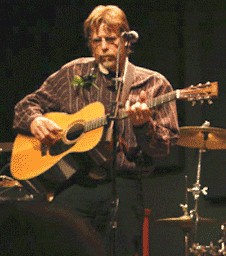 Bob Frank ('62) and John Murry, songwriters (http://bobfrankandjohnmurry.com/) of their current cd World Without End, with special guest Jim Dickinson, will be playing in Memphis at the Hi Tone Cafe(http://www.hitonememphis.com/about.htm) on December 7 [2007], and in Oxford, MS, on December 8 [2007], at Proud Larry's. (They will also be on a radio show from Square Books in Oxford, on December 6.)

This would be a good time to see one of our classmates who we haven't seen in 5 years. Let's have a good turnout for Bob like we did a few years ago when he performed at Huey's. Maybe some out-of-town classmates will show up. Shows usually start at 8 or 9 pm. Check Hi Tone's calendar later for actual times.

Here is an interesting story about one of his songs "With Sabers in Our Hands."

A funny story about this song is the one where Bob and some of his high school buddies went to Biloxi, Mississippi, to a Key Club convention back in 1962. Bob didn't take his guitar on this trip, because it was only for one weekend, and he figured he could live without it for that long. As it turned out, there was a talent show at the convention, and Bob's friends urged him to enter it. "But I don’t have a guitar," he said. "Don’t worry," they said. "We’ll get one." They went to a pawn shop and bought this little old handmade piece of crap that had some sort of picture painted on the front of it. It was only about half the size of a real guitar, but it was all they had. It cost about eight dollars and fifty cents. When they got to the talent show, Bob was ready to go on and do his thing, little old piece of crap or not. Then, he noticed that the guy who was going on right after him had this really nice gut string classical guitar. Bob talked the guy into letting him use it, "just for one song. I’ll give it right back after I do my song," he told the guy. The guy was very reluctant to let this stranger use his prize instrument. "I won’t hurt it," Bob said. Finally, the guy relented. "Go ahead," he said, "but don’t mess with the tuning." "Don’t worry," said Bob, "I won’t." Bob went out there and the first thing he realized was, the audience was cold. They needed warming up. Like the fella said, first you gotta get their attention. So Bob told them a good joke. This got them laughing. Then, before they had a chance to regroup, he hit 'em with "Sabers." Seeing as how this was a convention down at the southernmost tip of the southernmost state in the Union, and seeing as how all these boys were Southerners, of course they just naturally were wildly enthusiastic. Bob got a standing ovation.

Does anyone know who his "high school buddies" were??? I may have to look in my annual to see who was in the Key Club that year.

Return to the Class of 1962 directory page